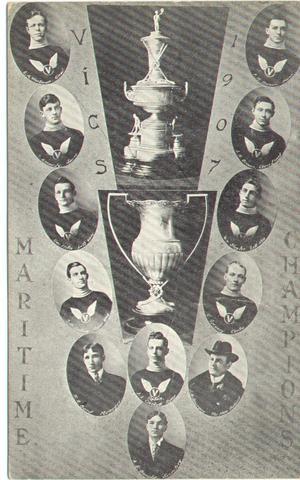 In 1906-07, they won the Maritime senior championship, a feat which they repeated in 1908 and 1909. The joined the newly-formed Inter-provincial Professional Hockey League in 1910, and won the Maritime title that season and again in 1912.