Portage Terriers celebrate the Championship in the dressing room 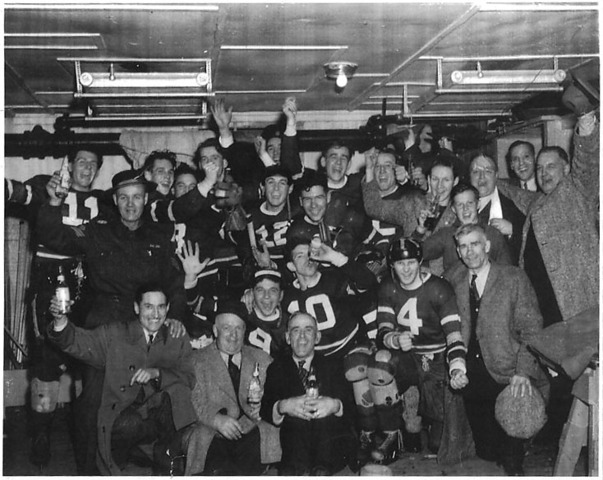 The Portage Terriers were MJHL Champions, they moved on to conquer the Western Canadian Junior title, the Abbott Cup as well. Later that year, they went to Winnipeg, Manitoba to host and ultimately defeat the Ontario Hockey Association's Oshawa Generals to win the team's only Memorial Cup as Canadian Junior Hockey Champions.

The 1942 Portage Terriers were inducted into the Manitoba Hockey Hall of Fame in the team category.