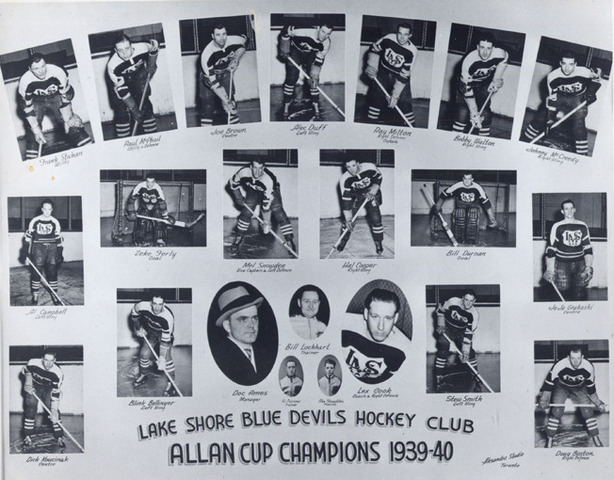 Competition in the Mine Leagues was tough, but Lake Shore Mine owner Harry Oakes wanted a hockey team worthy of winning the Allan Cup - a national trophy awarded to the national senior amateur men's Hockey champions in Canada.

Lake Shore Mine manager E.W. Todd put together a solid management for the Kirkland Lake Blue Devils' 1939-40 season. With C.C. "Doc" Ames as manager, Lex Cook as player-coach, and their cast of all-star players, the team had a spectacular season.