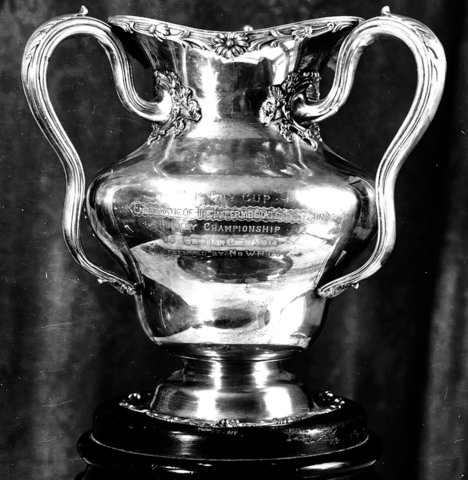 The Coy Cup is the Senior AA Hockey championship of British Columbia.

ENGRAVED ON THE TROPHY
The Coy Cup
Emblematic of the Intermediate Amateur
Hockey Championship
of British Columbia
Presented by Mr. W.H. Coy

W.H. Coy was granted "Honorary Lieut.-Colonel" of the 50th Gordon Highlanders regiment in 1913, after he donated $35,000 to purchase Full Dress Uniforms and Equipment for the newly formed Canadian Scottish Regiment.

The Vancouver Rowing Club were the 1st champions of the Coy Cup in 1913.