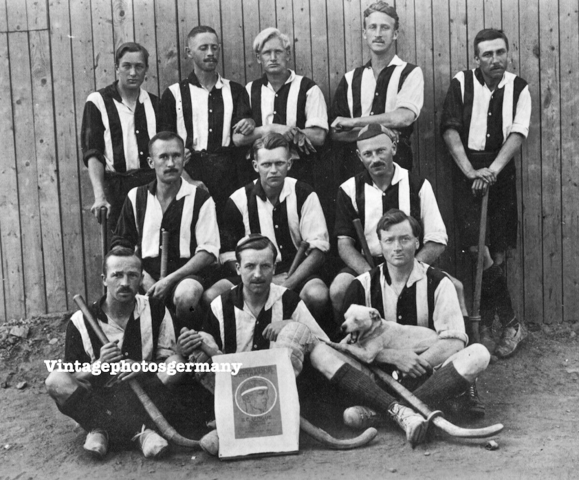 From 1914 to 1919, Île Longue was used as an internment camp for German citizens captured after the seizure of the ship Nieuw Amsterdam, intercepted by the French 2nd Light Squadron on September 2, 1914.

From September 3-23, the 1500 passengers were interned at Crozon fort and in Brest; from November 4, they were transferred to a camp built on Île Longue for the occasion. The last prisoners were released on 31 December 1919.

Citizens of enemy states who found themselves in France when the war began would not be considered harmless but, on the contrary, potentially dangerous. They were suspected of espionage, organizing acts of sabotage, and encouraging pacifism and defeatism. A land of immigration, France hosted, on August 2, 1914, thousands of individuals from enemy nations (Germans, Austro-Hungarians, and later Ottomans and Bulgarians) and also from neutral countries (the German-speaking parts of Switzerland, the Netherlands, and Sweden, for example) who were suspected of sympathizing with the Central Powers. Even some nationals of allied countries were considered as "suspect from a national point of view" (notably some revolutionary Russians). As early as 1913, these ipso facto suspicious individuals were expelled, placed under surveillance, or arrested for executing secret plans. Those arrested would later be deported or interned in concentration camps. Here, the French followed what was concurrently done in Germany and in other hostile nations.

The internment camp on Île Longue was certainly the most liberal and humane of the French internment camps during the Great War, since it gave the internees the possibility to engage in pastimes such as music, theatre, sport and craftsmanship. Many of those internees who were transferred to Île Longue from other camps write about these comparably good conditions of life in a both grateful and relieved manner.

These are a series of field Hockey teams posted for sale on Ebay by vintagephotosgermany and stating they are from the France Internment Camp Île Longue.