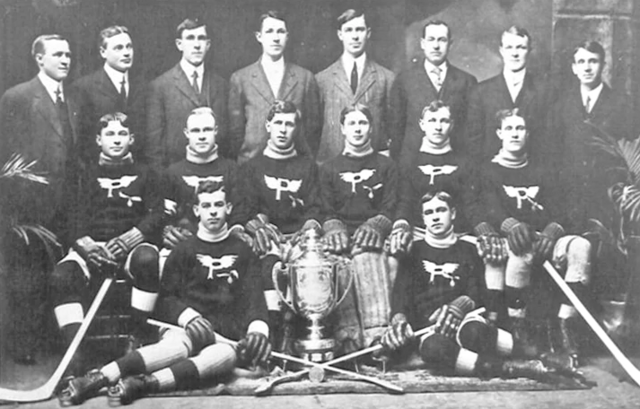 The Preston Hockey Club were the 1st winners of the J. Ross Robertson Cup Intermediate Cup in 1911 and repeated as champions in 1912.