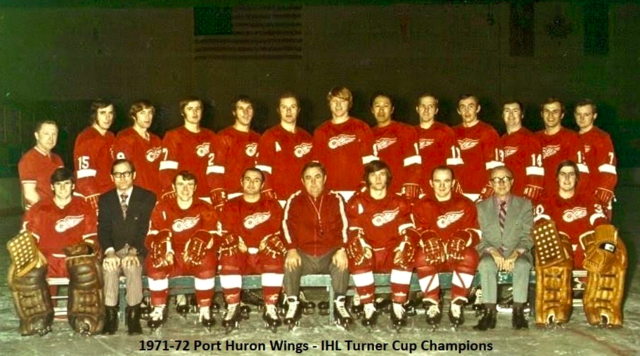 The Port Huron Wings would go on to win the 1972 Turner Cup championship, as winners of the International Hockey League / IHL.

They were actually defending champions from 1971, but changed their last name to Wings (and jerseys) from Port Huron Flags