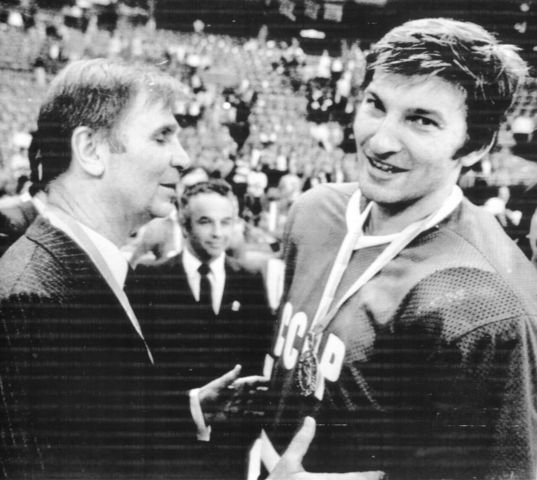 Viktor Tikhonov, coach of the Soviet National Ice Hockey Team is with legendary CCCP Goaltender Vladislav Tretiak after he received his Gold Medal for the 1983 World Ice Hockey Championships in Munich, West Germany.

The Soviets had just defeated Canada 8-2 to secure their gold medal championship.

This would be the last World Ice Hockey Championship for Tretiak.