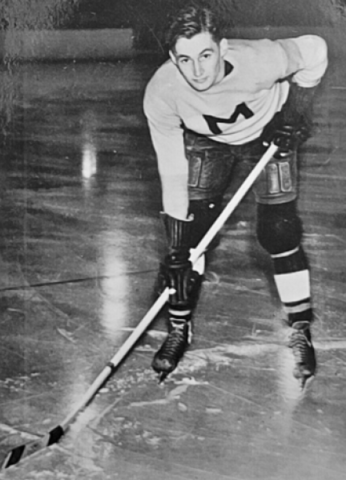 His parents were both English, but living in Quebec, as his father had a business there. Johnson learned to play Hockey there and later played for Trinity College School in Port Hope, Ontario. He would later play for the McGill Redmen while attending 4 years of university at McGill.

Johnson would jump the pond in the summer of 1932 to attend Wadham College at Oxford University. He became a instant star of their Hockey team.....a goal scorer. He would transfer his studies the following year to The Queen's College, Oxford.

Johnson would first represent Great Britain in Hockey, November 1932 at a tournament in Purley vs Germany in a 2-1 G.B. victory.

Johnson joined the Manchester Hockey team for the 1933-34 season, becoming their captain for the 2 seasons he played there. He also played a few games on loan to the Wembley Canadians.

Johnson finished his playing career with the Manchester Rapids in 1936-37.