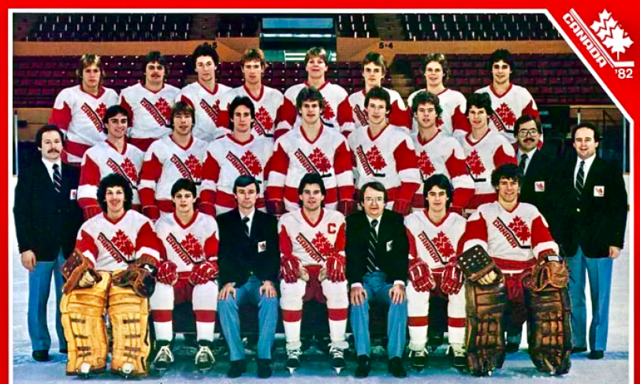 O Canada was never played that day they won their 1st World Junior Championship for Canada.

Instead, after the gold medals were handed out, the Canadian players sang O Canada a cappella, and ever since, singing out loud has become a tradition when the Canadian junior team wins gold.

"It wasn't planned, but finally a few guys at the end of the line said, 'Sing it ourselves, boys,'" Mike Moller said. "So we stood there shoulder to shoulder and belted out what was probably the worst rendition of our national anthem."