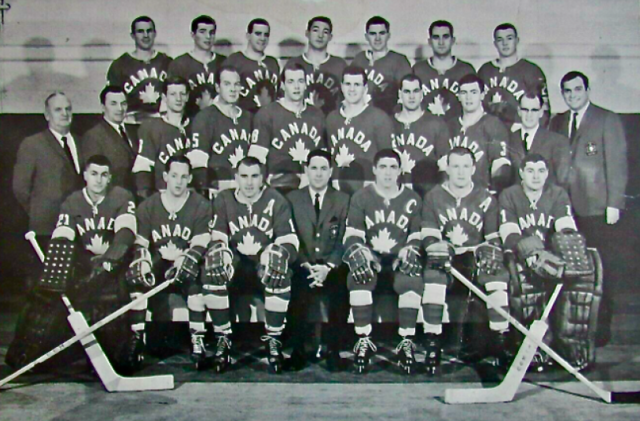 NOTE - Seth Martin (goalie) and Adolphe Tambellini were added to the team later, and both played in the 1967 Ice Hockey World Championships in Vienna, Austria.