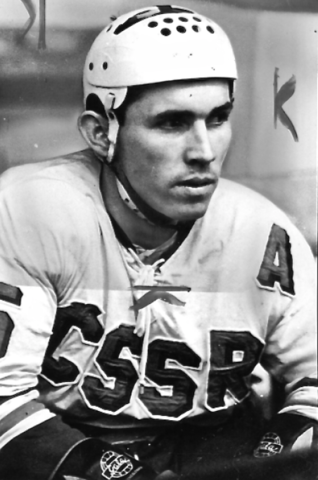 His milestone goal of 400 came during the 1976-77 season while playing with Zetor Brno.

Černý was captain of the national team at the 1972 Winter Olympics. Was asked to participate in the 1972 World Championships but declined. The reason was that during the 1972 Olympics, the Soviets wanted to strike a deal with the Czechoslovaks about playing to a draw in order for the Soviets to win the gold medal. Černý as the captain refused and promised to never play for the national team again.

After his final season in 1979, as a player coach with ATSE Graz in Austria, Černý would focus on coaching for the next 18 years, focusing most of those seasons coaching teams in Brno, Czechoslovakia / Czech Republic.

Josef Černý was inducted into the International Ice Hockey Federation Hall of Fame in 2007.

Josef Černý was inducted in the Czech Hockey Hall of Fame in 2008.