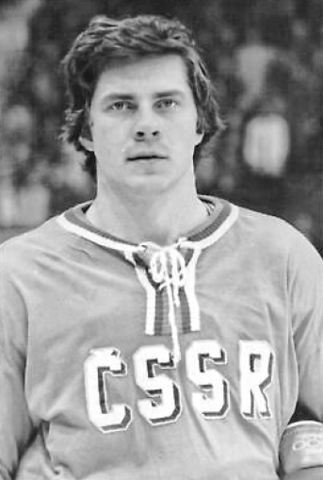 Chalupa started his junior career with Jiskra Havlíčkův Brod in 1966, moving to HC Dukla Jihlava in 1972. He played for HC Dukla Jihlava through 1984, except for a brief stint with VK Dukla Liberec in 1972-73.

In 1984 Chalupa was chosen by the Detroit Red Wings in the 3rd round of the 1984 NHL Entry Draft. He then played in North America for one season, playing 14 games with the Red Wings, and one game with their American Hockey League (AHL) farm club, the Adirondack Red Wings, before returning to Europe.

He then played six seasons with EHC Freiburg in Germany, before retiring, only to return a year later for one more season with Freiburg, and then finished out his playing career with a final season back with HC Dukla Jihlava.

Chalupa went into coaching after retirement, and in 2007 was named head coach of HC Dukla Jihlava.