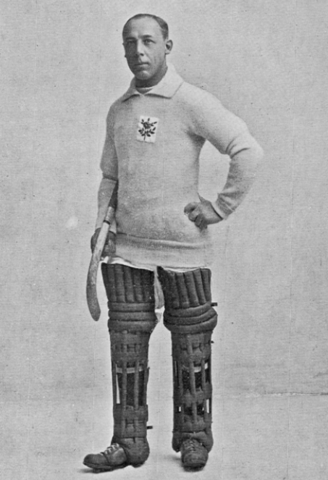 Haslam first played Hockey in the Midlands including representing Worchestershire before moving to Essex in the early part of the 20th century. After two seasons with the Guildhall club he moved to Essex where he joined Ilford HC, staying with them for 18 years until returning to Guildhall in 1929.

He won his county cap for Essex in 1911 and was appointed honorary secretary in the same year. He went on to captain the county and never missed a game for them for over 12 years from his debut. He also represented the East and in 1920 made his England debut aged 37.

Haslam was awarded the Order of the British Empire / OBE the same year for his work with the Metropolitan Special Constabulary, which he had worked as a Chief Inspector / Officer.

Haslam won nine international caps, seven for England and two for Great Britain, including the 1920 Olympic Games in Antwerp. His last cap was against Scotland in March 1921.

During his playing career he was a Hockey correspondent for the Chelmsford Chronicle and then the national News Chronicle as well as the regular Hockey expert on BBC Radio.

He retired from playing Hockey at the age of 48 in 1932 but continued to be active within the game in various administrative roles and as a prominent umpire.

The Hockey Museum in Woking, United Kingdom have created the Great Britain Cap (GB Cap) to honor all players who have played for Great Britain at International Level, starting at the 1920 Olympic Games, and Harry Haslam, being the goalkeeper of the team, received cap number 1, which was presented to his family on his behalf.