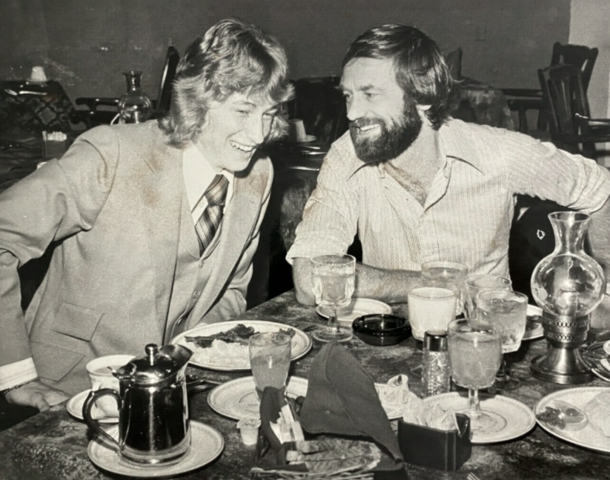 Wayne Gretzky had signed a personal services contract ($1.75 million) with Nelson Skalbania on a private plane between Vancouver, B.C. and Edmonton, Alberta on June 10, 1978. Gretzky's agent Gus Badali and Walter & Phyllis Gretzky were present when Wayne wrote his contract out on a sheet of paper and signed it. There were no lawyers, no big formal documents. Skalbania gave him a deposit of $50,000.