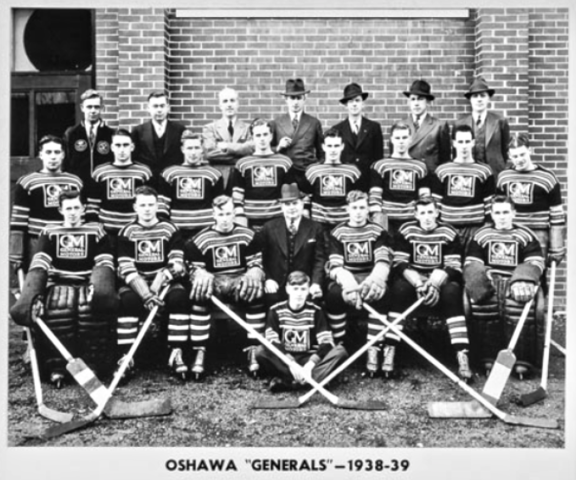 The Generals would go on to win the 1939 Memorial Cup championship.
In the first game of best of five final vs the Edmonton Athletic Club Roamers, Generals team captain Billy Taylor scored five times in a 9-4 victory before more than 7,000 fans at Maple Leaf Gardens. Game 2 had Taylor scoring four goals and set up five others in a 12-4 victory. The Roamers won game three 4-1, and the Generals then won the championship in game four, with a 4-2 victory.