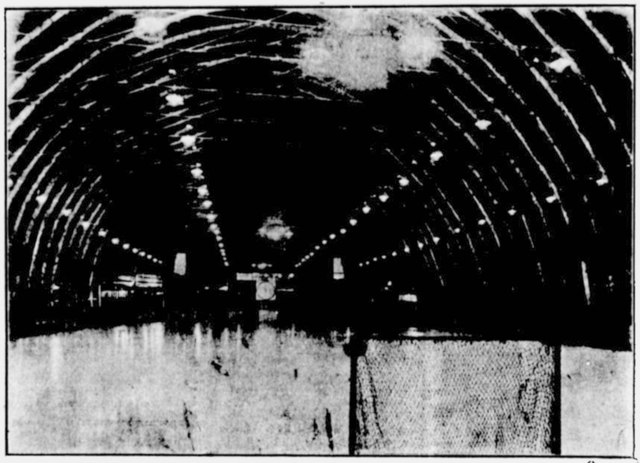 Interior of the Grand'Mere ice rink in Grand'Mere, Quebec in 1914.

Grand'Mere Hockey Club had a strong aggregation in 1913–14 and won the Interprovincial Amateur Hockey Union (IPAHU), and later in the season challenged the Regina Victorias for the Allan Cup (losing 4-6 and 1-4 over two games). Among its players were future NHLers Dave Ritchie (famous for scoring the first ever NHL goal) and Phil Stevens.