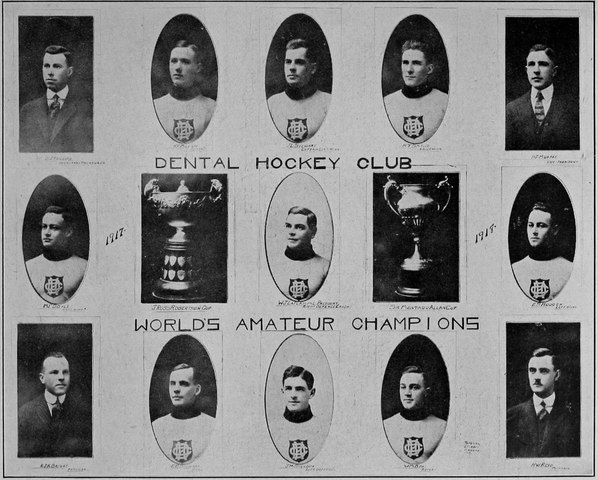 1916–17 Toronto Dentals of the Ontario Hockey Association, winners of the 1917 John Ross Robertson Cup and the Allan Cup.