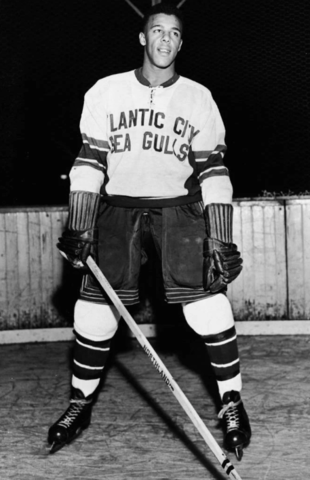 Dorrington became the first black Hockey player to sign an NHL contract when he joined the New York Rangers organization in 1950. Despite putting up very good statistics in the minor leagues, he was never able to make it to the NHL.