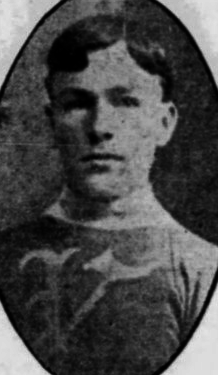 Throop played his first senior Hockey with the Ottawa Victorias in the Federal Amateur Hockey League / FAHL from 1905 to 1907. He then went to the United States, playing in the semi-pro Western Pennsylvania Hockey League / WPHL with the Pittsburgh Lyceum, playing in Pittsburgh until December, 1908 when the the Lyceum team folded. Throop then joined the Brantford Indians of the Ontario Professional Hockey League / OPHL where he finished the 1908-09 season, scoring a career high 17 goals in 15 games.

Throop then joined the Haileybury Comets, who were founding members of the National Hockey Association / NHA for the 1909-10 season, scoring 9 goals during the season. The Comets only lasted 1 season in the NHA before returning to the Timiskaming Professional Hockey League / TPHL for the 1910-11 season.

Throop then joined the NHA Toronto Tecumsehs for the 1912-13 season, scoring 11 goals in 20 games.

Throop was lured West by the Pacific Coast Hockey Association / PCHA, who were paying large sums of money to top professionals to join their league. Throop joined the New Westminster Royals for the 1913-14 season, then finished his career with the Portland Rosebuds for their inaugural season of 1914-15.