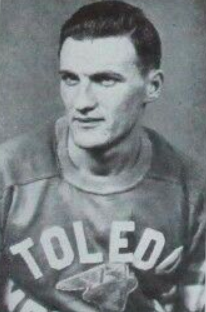 Mandrick was a member of the Harringay Greyhounds wich won the London Cup as English National League champions in 1939 and 1940.

After WWII, he returned to Canada, and the went to play for the Toledo Mercurys in the USA, helping them win the 1948 Turner Cup, as champions of the International Hockey League.

After retiring from playing, he returned to Winnipeg , and coached youth Hockey for many years.