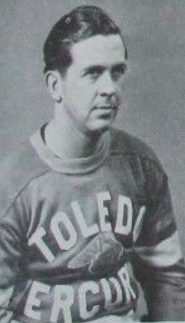 Fogg played his junior Hockey with the Winnipeg Rangers.

Fogg later joined the Toledo Mercurys in the USA, helping them win the 1948 Turner Cup, as champions of the International Hockey League.