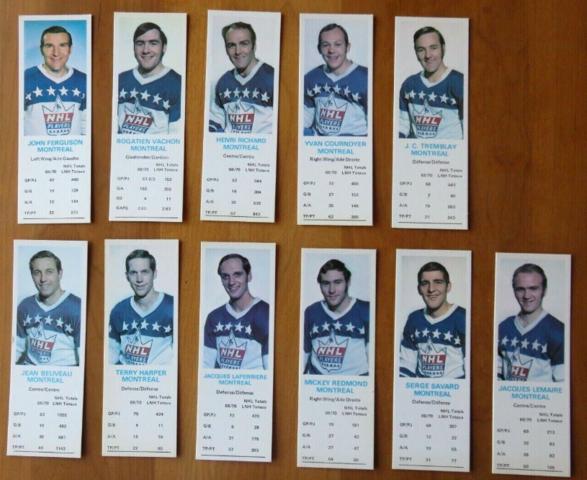 The Set consisted of 144 cards, Each of the 144 players wore an identical National Hockey League Players Association jersey. There were no team cards, league leaders or trophy cards – just 144 individual players. Fourteen teams represented in the series.