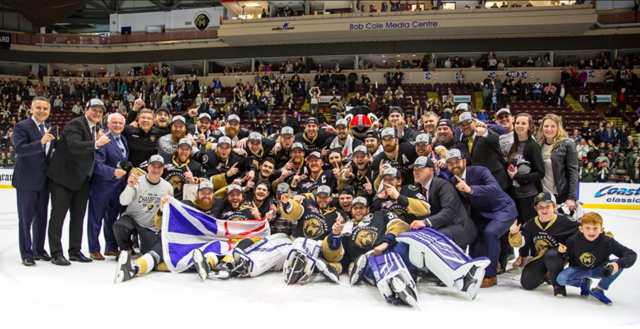 The Growlers defeated the Toledo Walleye in six games to win the Kelly Cup championship.