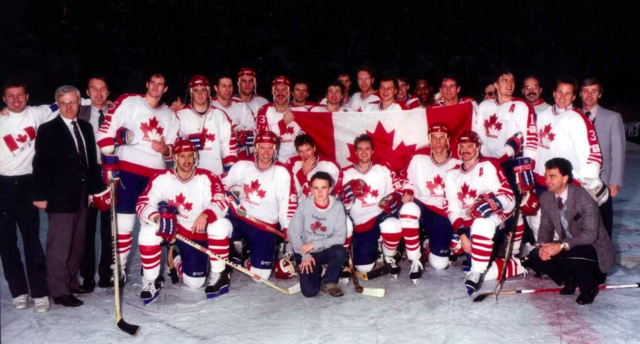 The 1988 Winter Olympics represented the first time that NHL players were allowed to compete in the Olympic games.

Canada's team qualified for the final round, but placed fourth and out of the medals in the Winter Olympic tournament.