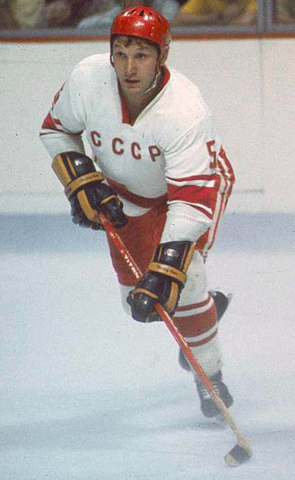 Ragulin earned the nickname the "Russian Bear" for his bulky stature and rugged play.

In 1972 he played 6 out of 8 games of the legendary Summit Series between Canada and Soviet Union, and later said " The coaches gave me the unenviable task of covering Phil Esposito. He was a different kind of centre for me - very big, very strong, always in the slot. Ours was a battle of two huge bears."

After retiring, Ragulin became a Hockey coach with CSKA Moskva sports school and was later a coach of SKA Novosibirsk.

Ragulin received the Silver Order of the International Olympic Committee in 2001; honorary sign "For merits in the development of the Olympic movement in Russia."

Since 2002, the annual All-Russian tournament of young Hockey players is held in the town of Sudogda, Vladimir Region, and since 2005, in memory of Aleksandr Ragulin.

Since 2012, the St. Petersburg Ice Hockey Federation has been holding the International Children's Ice Hockey Tournament in honor of A.P. Ragulin.