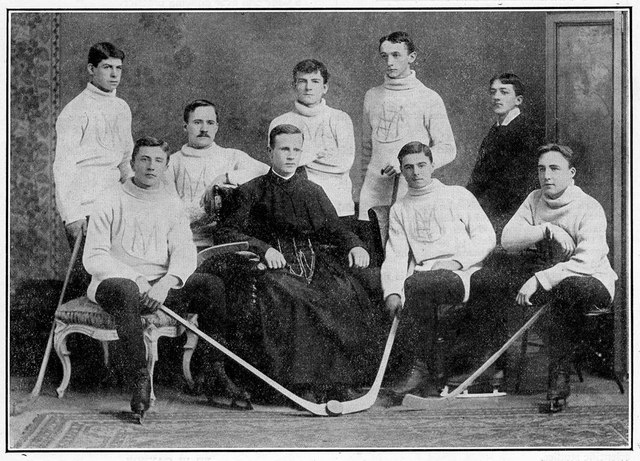 St. Mary's College was founded by Jesuits in 1848. It had an English sector that later became separate in 1896 as Loyola College.

Of the players on the 1893–94 ice hockey team Harry Trihey, Arthur Farrell and Jack Brannen went on to win the Stanley Cup with the Montreal Shamrocks in 1899 and 1900. Goaltender Hugh Semple also played with the Shamrocks in 1897–98.

Jock Harty (a Kingston, Ontario native) played with the Queen's University and Kingston Frontenacs ice hockey teams in the Ontario Hockey Association (OHA) between 1895 and 1901 as well as with the St. Nicholas Hockey Club and the Brooklyn Crescents in the American Amateur Hockey League.

D'arcy McGee was an older brother of Frank and Jim McGee who played successfully with the Ottawa Hockey Club.