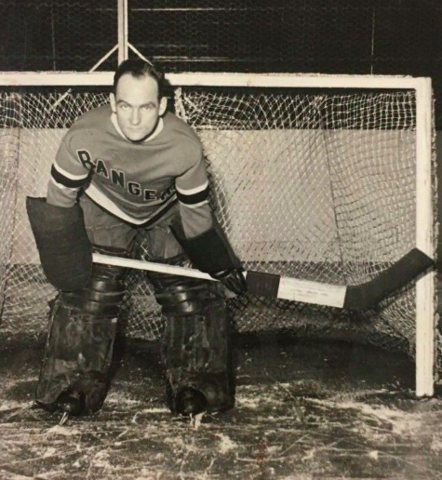 During his Hockey career, Roach had the nicknames of "Little Napoleon", "The Housecleaner", and "The Port Perry Woodpecker".

Roach played his junior Hockey in Toronto for the Toronto Aura Lee in 1919, then joined the senior Toronto Granites for the 1920-21 season, losing to his old team in the finals of the Sportsmen's Patriotic Association Tournament / S.P.A.

Roach was signed by the Toronto St. Patricks on December 5, 1921, playing the final 22 games of the regular season, and then helped the St. Pats win their only Stanley Cup championship in 1922. Roach became the first rookie goaltender to record a Stanley Cup shutout on March 25, 1922, as the St. Pats won the series 3-2 vs the Vancouver Millionaires, while Roach posted a 1.80 goals-against average. All games were played at the Mutual Street Arena. This would be the only Stanley Cup champion Roach would ever play on.

Roach played in the Toronto net for seven years, playing 222 out of 226 regular-season games, along with a further nine playoff and Stanley Cup games. All told, he won 102 of these, registering 14 shutouts. In the 1924-25 season, he led the NHL in wins as the team captain - Roach was the first — not to mention the only — Toronto goaltender to captain the club.

Roach was traded to the New York Rangers by Toronto for Lorne Chabot and $10,000, October 18, 1928, and set still-standing team records with a 1.48 average and 13 shutouts in his first season with the Rangers. He also led New York to the Stanley Cup final in 1929. Roach led the league in games played for each of his four years in New York.

Roach was then traded to the Detroit Red Wings for cash, October 25, 1932, and came closest to winning the Vezina Trophy in 1932-33 season with his fine 1.93 goals against average and 10 shutouts, losing the trophy to Tiny Thompson by only a fraction of a percentage point, but beating out Thompson for the 1933 NHL First All-Star Team.

Roach played one more season for the Red Wings in 1934-35, and closed out his Hockey career with the Detroit Olympics later that season.