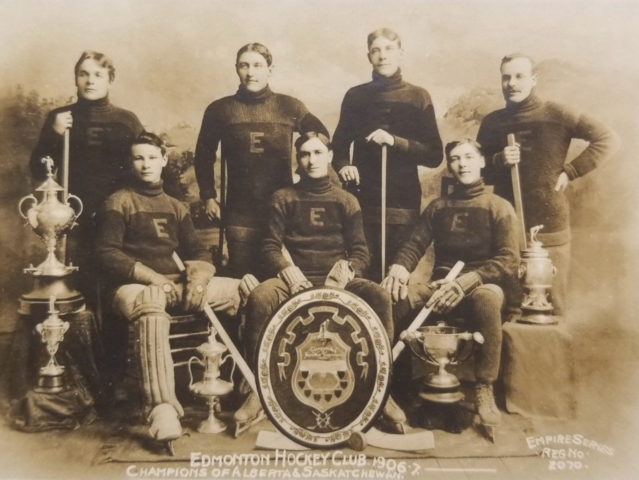 In 1909 and 1910, the Edmonton Hockey Club (Thistles) would challenge for the Stanley Cup. Although the club was technically amateur, the club hired Tommy Phillips, Didier Pitre and Lester Patrick for the challenge, and only one player who had played from the regular season played in the challenge against the Montreal Wanderers. They lost the two-game series to the Montreal Wanderers.