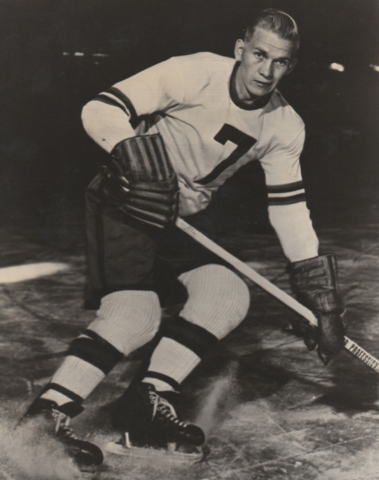 Kopak played his junior Hockey with the Regina Abbotts of SJHL. In 1943-44 he scored 44 points in 19 games for the Boston Bruins EAHL farm club, the Olympics. He was called up to the NHL and scored 7 goals, 16 points in 24 games for the Bruins. His stellar performance in half a season in the EAHL earned him selection to the league's second all-star team. The next year he starred for the Olympics with 41 goals in as many games and earned another placement on the second all-star team. His outstanding play, scoring 15 goals, 10 assists in 10 playoff games, helped bring the Eastern Amateur Hockey League /EAHL championship to Boston that year.

Beginning in 1945-46 Kopak played four years in the USHL with the Fort Worth Rangers. He scored 192 points and was a valuable team leader.

Kopak retired in 1950 after playing a season with Seattle and Victoria of the PCHL.