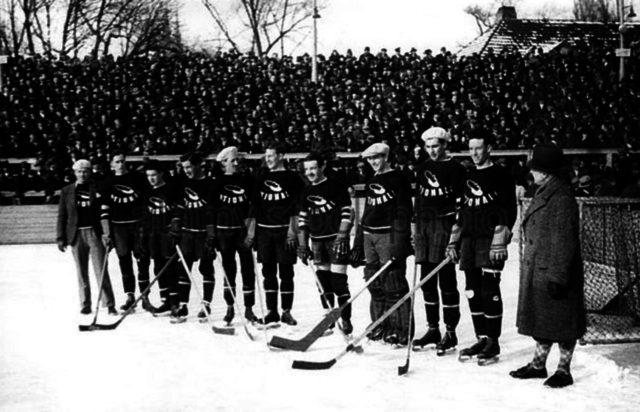 The United States (Massachusetts Rangers) defeated Canada (Toronto National Sea Fleas) 2-1 in overtime on a goal by John Garrison for the Gold Medal.