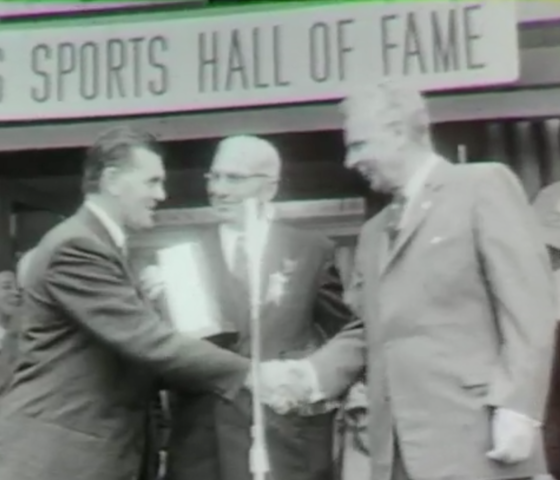 Maurice Richard shakes the hand of John Diefenbaker at the opening of Canada's Hockey Hall of Fame in the Canadian National Exhibition / CNE 1961.