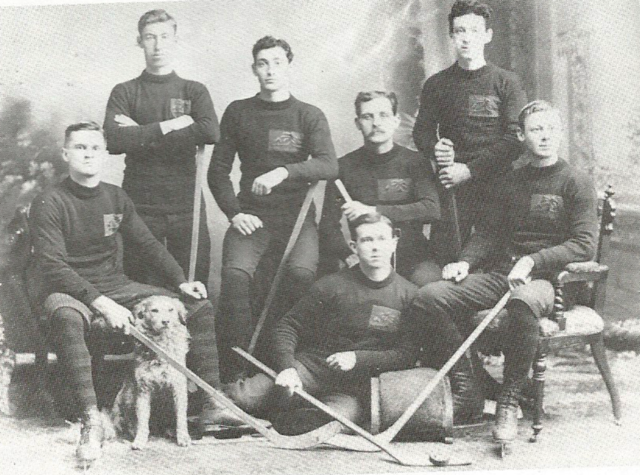 In the 1896-97 season, the Abegweits, Victoria Hockey Club / Vics and Summerside Stars agreed to hold a Prince Edward Island / PEI Senior Championship in a double round robin event. The Abegweits won the inaugural Island title with a 4-3 victory facing Summerside on March 31, 1897. A neutral referee from Halifax was called in to officiate the game to make it fair and square.

The name Abegweit comes from the First Nations people, the Mi’kmaq and means “Cradled in the Waves”. In later years, the name would be shortened to “Abbies” which is still the moniker of the Charlottetown Minor Hockey teams to this day.