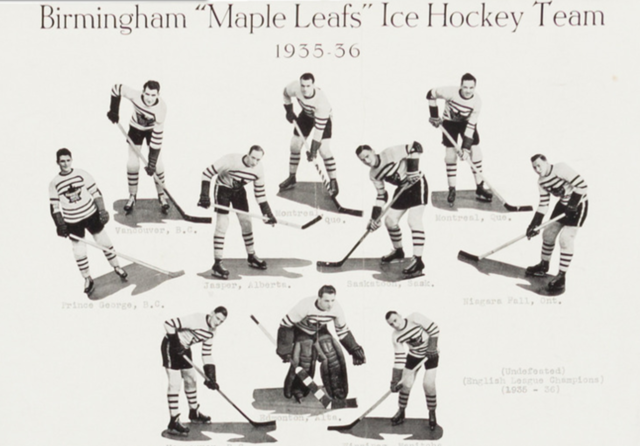 The Birmingham Maple Leafs played in the English League during the 1935-36 season, winning the Northern group as well as the overall league championship by defeating the Streatham Royals in the final.

Their colors were black and white.

The English League was an early ice Hockey league in England. It was founded in 1931 and operated until 1936 when it disbanded, being replaced by the English National League.