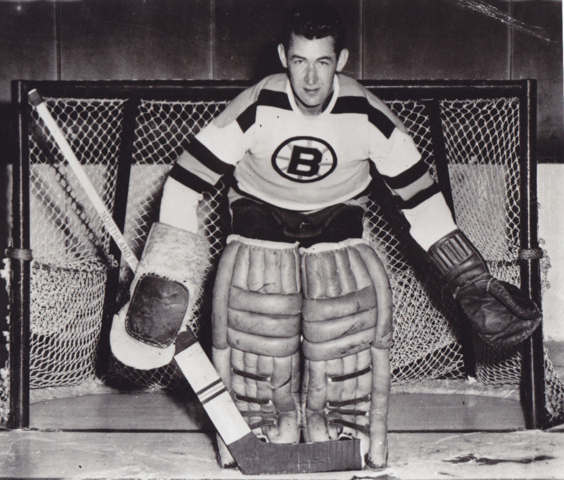 Gelineau played junior Hockey with the Toronto Young Rangers, then suited up for the Montreal and Toronto RCAF during the latter stages of World War II. He the suited up briefly for the Montreal Royals juniors before attending McGill University for four years.

Gelineau starred in goal at McGill for four seasons, racking up a 40–16–1 overall record with a 3.14 goals against average, and was he last McGill Redmen goalie to be named team captain.

Gélineau backstopped the Redmen to the 1946 Queen's Cup championship. He was the first recipient of the Forbes Trophy as McGill's male athlete of the year in 1948.

That spring, Gelineau was called up to the Boston Bruins in the National Hockey League, becoming the first goalie in 30 years to play in the NHL while still attending university (two decades later, Ken Dryden duplicated this feat while studying law at McGill and playing for the Montreal Canadiens). He impressed during a four game trial with Boston. Over the next two years he replaced the departed Frank Brimsek as the club's first string netminder and posted consecutive 22-win seasons along with seven shutouts. His bright start in 1949-50 allowed him to edge teammate Phil Maloney in the Calder Trophy voting, and won the Calder Memorial Trophy as the NHL's top rookie in 1949-50.

Despite his successful debut, he was unable to get a raise out of Bruins owner Weston Adams. He spent the next three season with the Quebec Aces in the Quebec Senior Hockey League including two appearances with the Chicago Black Hawks in 1953-54.