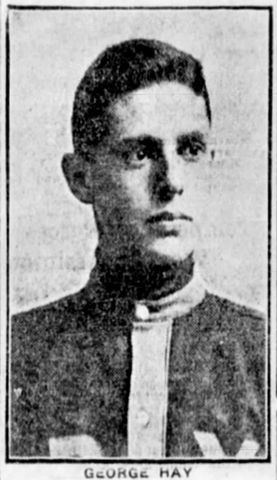 Photo of a young William George "The Western Wizard" Hay with the 1915–16 Winnipeg Monarchs of the Manitoba Hockey League.

George Hay went on to represent Regina Capitals in the WCHL, Portland Rosebuds in the WHL, Chicago Black Hawks in the NHL, as well as Detroit Cougars/Falcons/Red Wings in the NHL.

As a member of the inaugural Chicago Black Hawks team he scored the first goal at the Chicago Coliseum.

George Hay is a member of the Hockey Hall of Fame.

Sourced from The Winnipeg Tribune, Feb. 1, 1916. Credited to Unknown.