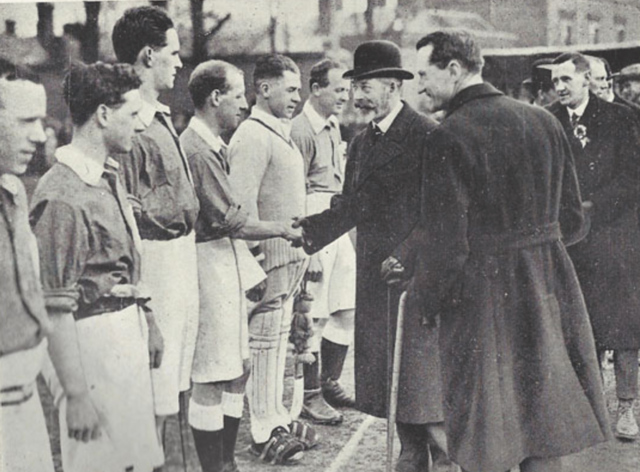 The Irish Field Hockey Team were playing a friendly International Game vs the English Hockey Team.

Having met the teams, King George V proceeded to tell those in his party that he had been a Hockey player himself. Confirmation of this was apparently given during the match by his appreciation of the skills and his understanding of the rules.

King George V had spent much of his life in the Royal Navy and it could have been while serving that he played Hockey as it was a popular game in the Navy in those days.

Sourced from The Hockey Museum - facebook.com.