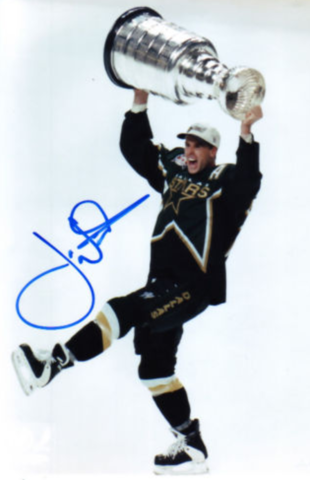 Nieuwendyk was named the Conn Smythe Trophy winner in 1999 as most valuable player of the playoffs.

Nieuwendyk is one of only 11 players in NHL history to win the Stanley Cup with three or more different teams, winning titles with Calgary in 1989, Dallas in 1999 and New Jersey in 2003.

Joe Nieuwendyk was inducted into the Hockey Hall of Fame in 2011.

On January 27, 2017, in a ceremony during the All-Star Weekend in Los Angeles, Nieuwendyk was part of the second group of players to be named one of the '100 Greatest NHL Players' in history.