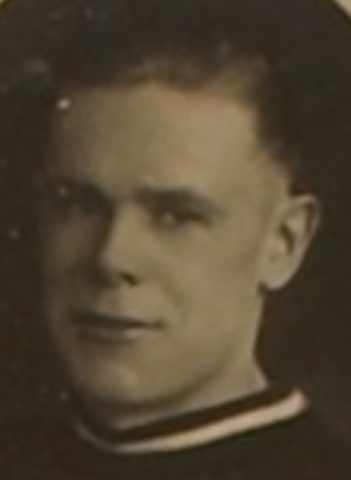 Halliday played all of his minor and junior Hockey in Ottawa, getting his first taste of senior Hockey with the Ottawa Stewartons in 1923.

Halliday made the jump to NHL Hockey from the amateur ranks of the Ottawa Gunners of the Ottawa City Hockey League, joining the hometown Ottawa Senators for the 1926–27 season. Halliday would play on a line with Hec Kilrea and Jack Duggan where he scored his only goal of his NHL career. Halliday played 38 games for Ottawa that season, and was part of the 1927 Stanley Cup winning team.

Halliday also played for the London Panthers during the 1927-28 season, and then the Niagara Falls Cataracts from 1928 to 1929.

On November 7, 1929, Halliday was traded from Ottawa (NHL) to Hamilton Tigers (IHL) for cash, while also playing 1 1/2 seasons with the Pittsburgh Yellowjackets from 1930 to early 1932.

On January 5, 1932, Halliday was traded from Hamilton (IHL) to the Cleveland Indians (IHL) for Stew Dunning.

Halliday then played for the Boston Cubs from 1933 to 1934, and was then traded to the Cleveland Falcons playing 1 season before signing with the Buffalo Bisons on December 18, 1935, playing there until February, 1936 when he signed with the Rochester Cardinals.

He left professional Hockey in 1936 to return to Ottawa, where he played two seasons as a reinstated amateur player for the Ottawa Montagnards of the Ottawa City League before retiring from competitive Hockey in 1939