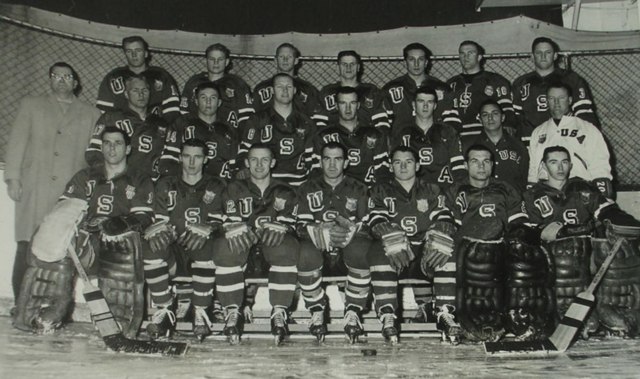 NOTE - This was not the final team that won the 1960 Olympic Gold Medal in Squaw Valley. There were cuts to be made in the roster, including the final cut of Herb Brooks. The team would later add to the final roster : John Mayasich, Richard Rodenheiser, Bill Cleary, Bob Cleary.