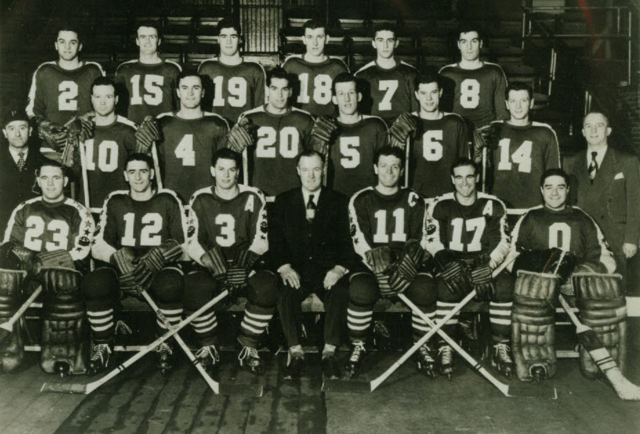 - Aldege "Baz" Bastien won the Harry “Hap” Holmes Trophy for being the best goalie in the AHL (2.57 GAA).

- Sid Smith became the first – and only – Hornets player to score 50 goals in one season, finishing with 55 goals and 57 assists, the highest in the AHL, earning the John B. Sollenberger Trophy for leading scorer. His 112-point total was also the highest in the league and the highest in Hornets’ history.

The Hornets set the team all-time best record for goals scored in one season with 301 goals, and a 126-goal differential (301 goals – 175 goals against) was the best in team history.