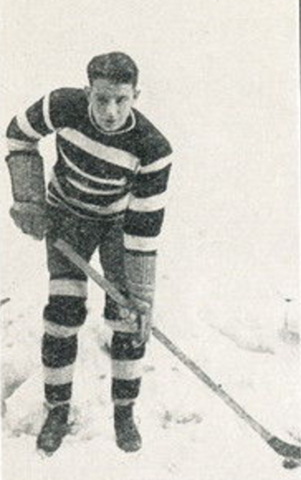 Touhey played in the Central Professional Hockey League / CPHL for the Stratford Nationals from 1926 to 1927, and was then signed by the Montreal Maroons for the remainder of the 1927-28 season.

Touhey was traded to the Ottawa Senators following the season, and played there for three seasons, with the 1930-31 season being his best NHL season, producing 15 goals and 15 assists in 44 games.

Touhey then was loaned to the Boston Bruins for the 1931–32 while the Senators were suspended, while also playing for the Boston Cubs and Philadelphia Arrows of the Canadian-American Hockey League / Can-Am during the same season.

After the Senators were revived in 1932–33, Touhey played two further seasons for the team.

Touhey returned to the Ottawa Senators senior amateur team, where he finished his playing days in 1939–40.

Touhey coached the Ottawa RCAF Flyers during the Allan Cup Finals of 1941 to 1942.