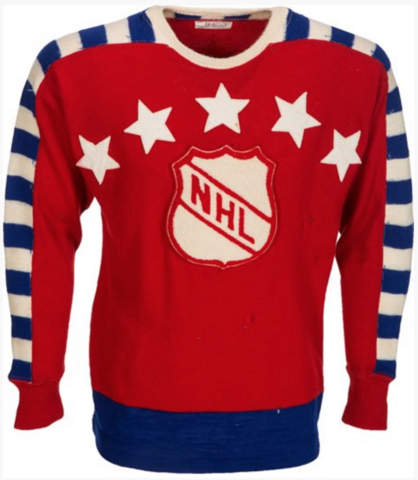 Richard, the legendary Montreal Canadiens right winger who entered the game as the reigning Hart Trophy winner, the NHL's most valuable player. The first man to score fifty goals in a season would pull the All-Stars even with the Toronto Maple Leafs at three with an unassisted goal early in the third period, and then assist Doug Bentley for the game-winner in the four to three final.