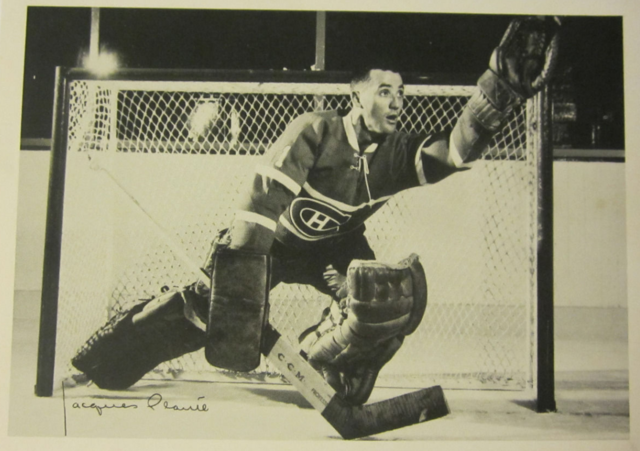 These 37 unnumbered photos measure approximately 5" by 7" and feature members of the Montreal Canadiens and Toronto Maple Leafs - 19 Habs and 18 Leafs.

These large black and white cards were supposedly available from York Peanut Butter as a mail-in premium in return for two proofs of purchase; unfortunately there are no identifying marking on the photo that indicate the producer or the year of issue. The photos are action shots with a facsimile autograph of the player on the photo. The cards were apparently issued very late in the 1960-61 season.