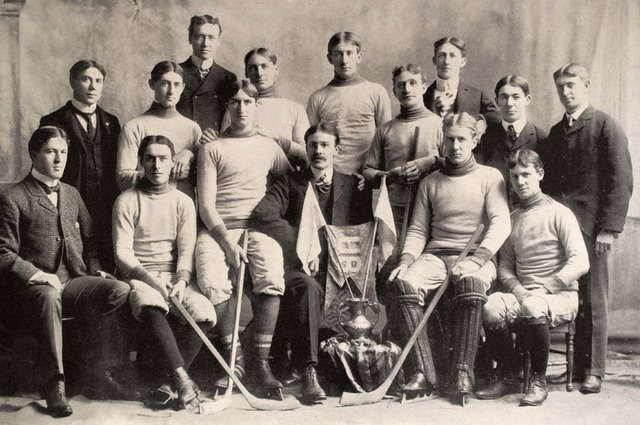 The University of Buffalo won the senior division city championship on March 13, 1900 at the Broadway rink by defeating the Iroquois team. The score was 6 to 0. At half time the score was 3 to 0.

Outside of Buffalo Hockey Association league games, University of Buffalo played several other teams including clubs from Niagara on the Lake and Welland, Ontario. The U.B. team capped their standout season by defeating Cornell University by the score of 10-1 at the Broadway Rink in Buffalo on March 22, 1900.

The B.H.A. was mostly a success although the clubs at times bickered and accused each other of using “ringers.” Games were played at the Broadway and Caledonia rinks. Both rinks had natural ice so warm spells caused the cancellation of games. The “Buffalo Hockey Club” failed to show up for several of its matches forfeiting several games and almost got thrown out of the league.

At the end of league play, the University of Buffalo team won the cup as city champions of the senior division (Section A) beating the Iroquois club 6-0 in the championship game.