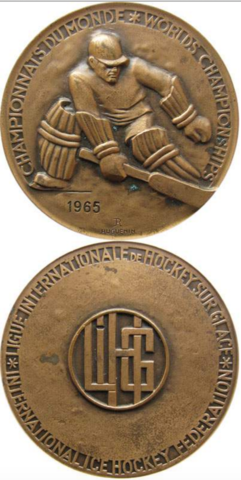 The 1965 Ice Hockey World Championships took place in Tampere, Finland, 3 March - 15 March. Eight teams took part, each playing each other once. The Soviets became world champions for the fifth time, winning all of their games. This also counted as their ninth European title, with the Czechs finishing second and the Swedes third. For the third straight year Canada finished fourth.