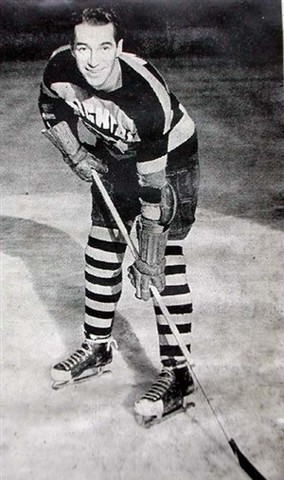 Lee began his junior Hockey career with the Queen's Golden Gaels for 3 seasons from 1929 to 1933, and also played 1 season for the Montreal Columbus in 1930-31.

Lee then played for the Montreal LaFontaine Bleus from 1933 to 1935 before turning pro, and joining the Baltimore Orioles of the Eastern Hockey League for the playoffs in 1935, where he stayed for one full season the next year, leading the EHL in scoring with 19 goals and 20 assists.

In 1936 the coach of the "Brighton Tigers", Don Penniston, approached Bobby, who was then in his early twenties, and signed him up to play in England. After one season with the "Tigers" Lee's talent was spotted and went on to play for the Earls Court Rangers from 1937 to 1939.

Lee returned back to Canada to start the 1939-40 season with the Quebec Aces of the Quebec Senior Hockey League, where he would play until 1942, and also got to play 8 games in the 1942 Allan Cup playoffs, scoring 5 goals and 8 assists.

In 1942, Lee signed on with the senior Montreal Royals and was summoned by the Montreal Canadiens as an injury replacement, playing 1 game in the NHL. He then spent some time with the Montreal RCAF during World War II before serving for two years.

Lee found his way back to Britain as a member of the Canadian military in World War II, where he played for the Toronto RCAF in Scotland. When the war ended in 1945 Lee remained there and played one season for the Wembley Lions and When Earls Court failed to open immediately after the war, Lee rejoined the "Tigers" as player-manager and moved to the position of centre-ice. Under his management he took the "Brighton Tigers" on to win all three major tournaments in the 1946-7 season - The National League, National Tournament and the Autumn Cup , and in the following years won International and World-wide fame for the team. The slick pivot topped the 100-point mark three times during eight seasons with the Brighton Tigers.

Lee was the first man in the history of British ice Hockey to score 200 goals and in October 1952 the first player to score 400 goals in British Hockey, he outpaced his contemporaries to such an extent that he reached the 300 goal mark ahead of anybody else reaching 200. By the time he retired in 1954, he had accumulated a career total of 472 goals.

During the final game at the SS Brighton in West Street, in the Brighton Tigers history, the club invited all the past alumni to be there to celebrate with the fans at the end of the game. Bobby Lee was the final ex player to come onto the ice, and to a standing ovation of cheers.

Selected to numerous All Star teams as both centre and coach, Bobby Lee was described as being charismatic and a legend in his own lifetime. He died on New Year’s Eve, 1974 at the age of 62.

Robert James "Bobby" Lee was inducted into the British Ice Hockey Hall of Fame in 1949.