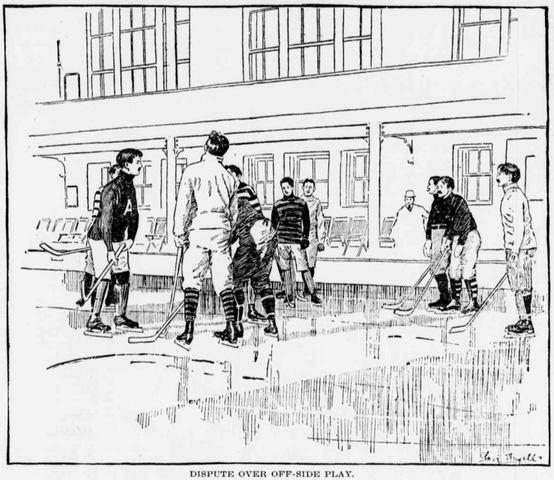 Illustration in the Daily Inter Mountain of Butte, Montana in 1899 of two American ice hockey teams disputing an off-side play at an indoor rink.

In the old days of hockey, before the direct forward pass was allowed, the off-side rule was effectively repressing players to cheat offensively. Forward passes could still appear and be executed, but the receiver of the puck had to start behind or in line with the passer at the time when the pass was delivered.