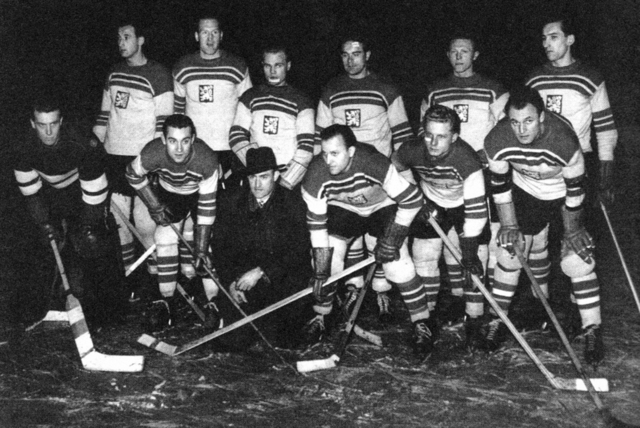 The 14th Ice Hockey World Championship and 25th European Championship was the first after the Second World War. It was held from 15 to 23 February 1947 in Prague, Czechoslovakia. Eight teams participated, but the competition was notably missing the reigning world champion, Canada. The world champion was decided for the first time by round robin league play. Czechoslovakia won the world championship for the first time and the European championship for the seventh time. King Gustav V had sent a telegram of congratulations to the Swedish team after beating the Czechslovaks, unfortunately they had barely finished celebrating when they were upset by the Austrians, costing them the Gold.