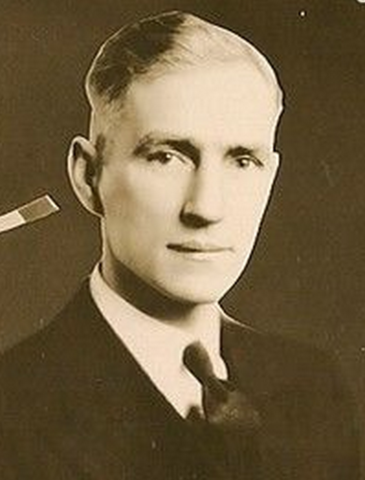 Irvin played for professional teams in the Pacific Coast Hockey Association, the Western Canada Hockey League and the National Hockey League (NHL) from 1916–1928 when he had to retire from repeated injuries.

Irvin was one of the greatest players of his day, balancing a torrid slap shot and tough style with gentlemanly play. For his playing career, Irvin was named to the Hockey Hall of Fame in 1958. After playing, Irvin then built a successful career as a coach in the NHL with the Chicago Black Hawks, Toronto Maple Leafs and Montreal Canadiens

Irvin won one Stanley Cup as a coach with Toronto, and three more with Montreal. He finished with over 600 wins as a coach. He also served in the Canadian Army during World War I.

Dick played Hockey from an early age, following in the footsteps of his oldest brother Alex. Their father would drive his sons and other boys to games by horse and sleigh, relying often upon the horses' sense of direction in winter blizzards to return home safely. The family flooded the driveway of their home to create an ice rink which the Irvin sons would play on. Irvin also set up a shooting area in the attic of the home, where he would shoot a puck at the doorknob of an old door mounted sideways against a wall. Irvin played junior and senior amateur Hockey in Winnipeg, winning the Allan Cup in 1915 with the Winnipeg Monarchs. He first played senior Hockey with the Winnipeg Strathconas at the early age of 12.

Irvin began his professional career in 1916 with the Portland Rosebuds of the Pacific Coast Hockey Association and was the fourth leading scoring rookie tallying 35 goals. Before the following season, the Canadian government instituted a draft in August 1917 and Irvin was inducted into the Canadian Army in November 1917. Irvin was taken on by the The Fort Garry Horse regiment in April 1918 and arrived in England in May 1918. He was transferred to France in August 1918 and in October was transferred to a signals unit as a motorcycle rider. The war ended in November 1918 and Irvin arrived back in Halifax in May 1919.

Irvin was reinstated as an amateur and he played three seasons with the Regina Victorias senior club. He returned to professional hockey in 1921 with the Regina Capitals of the Western Canada Hockey League. In 1926, at age 34, he entered the National Hockey League (NHL), signed by the newly formed Chicago Black Hawks. Irvin was made the team's first captain, and had an impressive campaign, finishing second in the league in scoring. In their first season, the Black Hawks led all NHL teams in scoring, led by Irvin and Babe Dye. Irvin's second season turned to tragedy as he fractured his skull, which led to retirement after the 1928–29 season, during which he had also added coaching duties. The Hawks had finished with the worst record in the NHL in both of his last two seasons as a player.

Irvin was hired as head coach of the Black Hawks in 1930, and in his first season behind the bench led the team to 24 wins, 17 losses and 3 ties. The Black Hawks made it to the Stanley Cup Final but lost and the Black Hawks released him in September 1931. That November, the Toronto Maple Leafs were winless after five games and manager Conn Smythe convinced Irvin to coach the Leafs. In his first season coaching the Leafs (the first in the brand-new Maple Leaf Gardens), he achieved immediate success by winning the Stanley Cup. However, Irvin was unable to deliver another Cup for the Leafs, despite taking them to the finals six more times.

By the end of the 1939-40 season, Smythe believed that Irvin had taken the Leafs as far as he could, and decided to replace him with former Leafs captain Hap Day, who had retired. Smythe also knew that he would be away in the war and felt that Irvin would not be tough enough without Smythe to back him up. Meanwhile, the Montreal Canadiens had had a ten-win season, and were looking for a new coach. Smythe suggested that the Canadiens hire Irvin, solving both team's issues. Soon afterwards, Tommy Gorman went and picked him up and drove him to Montreal to become coach of the team.

Irvin didn't take long to turn the Canadiens around. He had them back in the playoffs in his first season, and in his fourth season took them all the way to the Stanley Cup — the first of six finals appearances and three Cups. Helped by star players Elmer Lach, Doug Harvey, goalie Bill Durnan and a young Maurice Richard, the Canadiens were just beginning to blossom as an NHL dynasty. Although Irvin found his greatest success in Montreal, he came under fire for encouraging "goon" tactics, especially after Montreal fans rioted in protest of Richard's season-ending suspension for attacking a referee. He was already well known for looking the other way when stick-swinging duels broke out in practices. Although they made it to the Final (losing to the Detroit Red Wings), internal pressure forced Irvin to step down.

He returned to the Black Hawks as head coach for the 1955–56 season, taking the reins of a moribund team that had only made the playoffs once in the past 10 years and finished last in the past two seasons. Irvin was unable to turn the team's fortunes around, and the Black Hawks again ended the year in last place, despite the emergence of Ed Litzenberger as a scoring star. Irvin was to coach the Black Hawks again in 1956–57, but he became so ill with bone cancer that he had to retire before the season began. He died a few months later at age 64.

Dick Irvin was elected into the Hockey Hall of Fame in 1958.

Inducted into the Manitoba Sports Hall of Fame and Museum in 1983.

“Honoured Member” of the Manitoba Hockey Hall of Fame.